Welcome to the beginning of my illustrated travel journal about living and teaching English in South Korea for a year. February 2017 – February 2018. 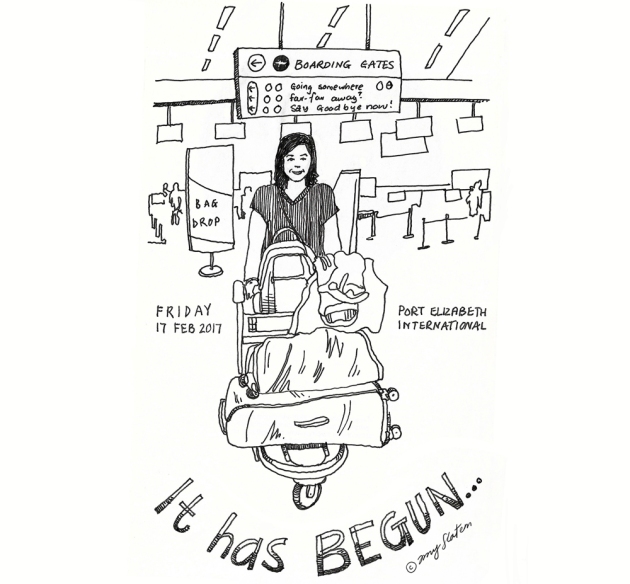 And so, on the 17th of February I stood ready-not-ready at the airport with my parents close and a year’s worth of selected belongings in two large plastic-wrapped suitcases on a trolley. The time had come. After two years of dreaming and 6 months of applications and admin, the time had finally and suddenly arrived. It had begun, four flights and 25+ hours of traveling into the unknown for the biggest and most exciting adventure yet! South Korea, here I come! 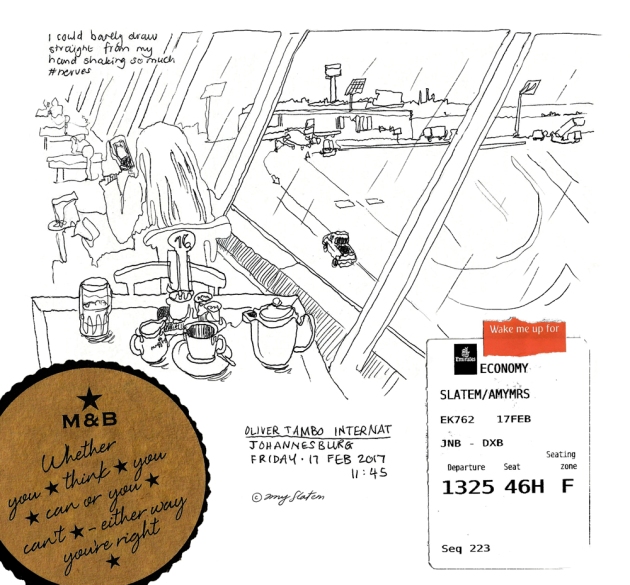 First stop: Joburg
And wow, the nerves. The headache. The nausea. I ordered Rooibos tea at Mugg & Bean to try calm down during my layover. My hands wouldn’t co-operate while I tried to draw, shaking from the impending flights to far far away. 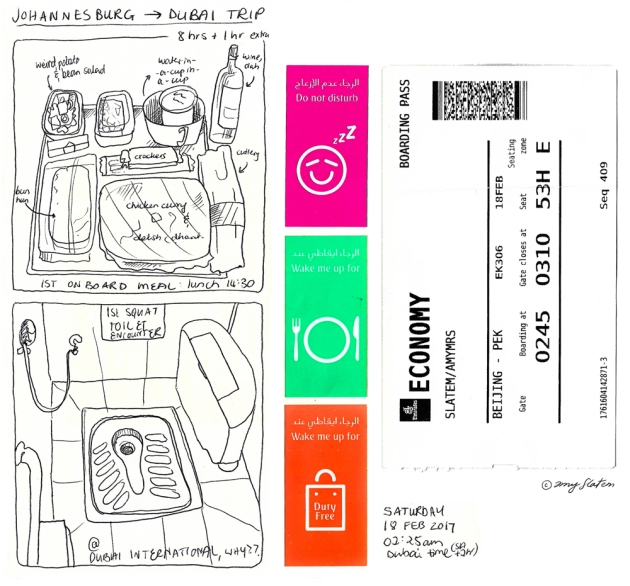 Second stop: Dubai
After a long 8 hour flight (plus an unexpected extra hour frustratingly spent chilling in the air), I walked around the Dubai airport at 1 o’clock in the morning to stretch my legs and try prepare myself for the next long leg of the trip. A lovely 7+ hr flight with a very short layover time in Beijing lay ahead – one in which I needed to wait for, collect, check in my luggage and clear customs in time for boarding. I was doubtful. 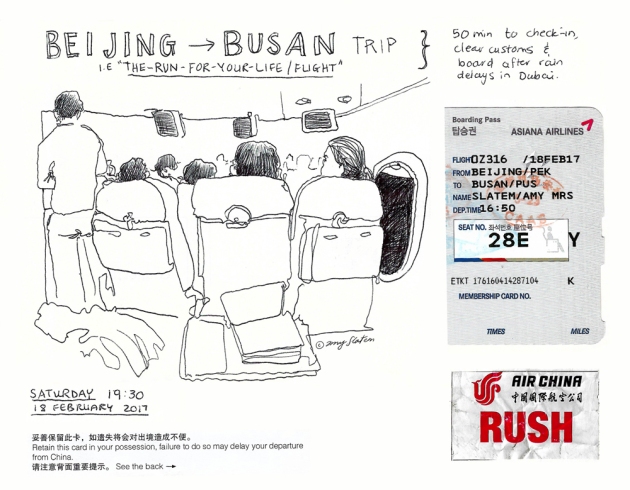 I flew out of the plane in China as fast as possible, clouded by panic. Somewhere in the clouds of worry and running, I bumped into equally stressed passengers at the right desk with an airport official who made it his mission to fast track us through everything, shouting at us by the end to run faster than possible with minutes to spare before the plane closed its doors. 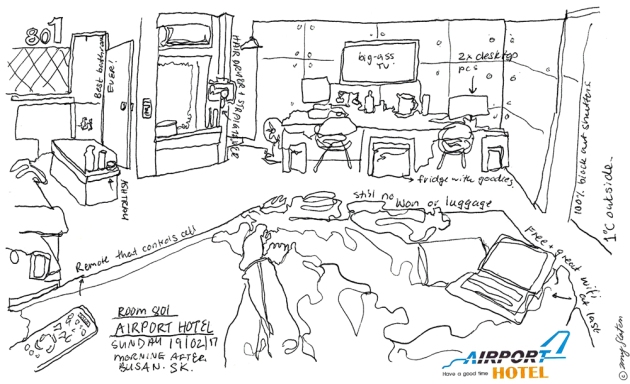 18/02/17 – First night in Busan: AIRPORT HOTEL
Finally. I made it to South Korea! Pity my luggage wasn’t so lucky as my precious cargo (which held my credit card to pay for my hotel…) found itself left behind in China. But wow, this hotel! I’d had to book accommodation prior to leaving because the only flights from SA landed a day before Orientation. But getting in the day/night before and being able to rest in this most magnificent room after a long and stressful journey was the best decision ever! My room included a glorious and comfortable huge white-linened bed, 2 computers (excessive but noteworthy), WiFi (FINALLY!!!), a bidet toilet and of course a huge bath with water jets. 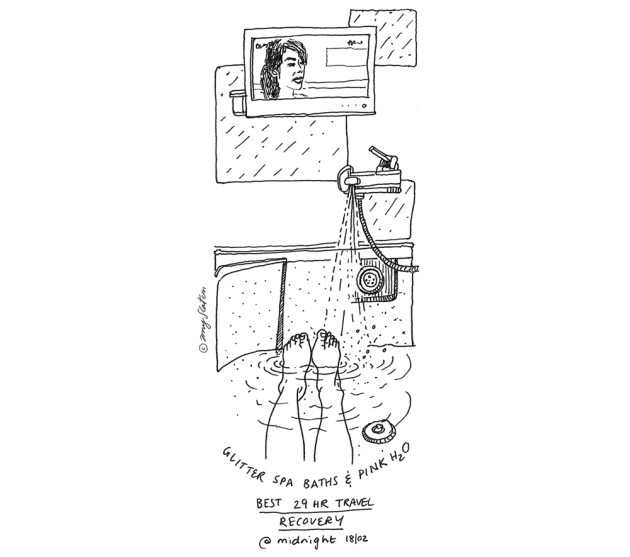 Lying in the huge glittery black tub at midnight with jets and pink bath salts bubbling away my troubles with a TV just above it was the most amazing reward after a 29 hour journey and the best way to prepare for the next day’s excitement of Orientation.

19/02 — 27/02/17: EPIK Orientation
A very busy 8 days of meeting 100s of people, long crash-courses during the day in teaching and in Korean life, little sleep, strange food, cold winter days, hills and stairs, being late for class and sharing a tiny room with a stranger (soon-to-be-friend) from equally far away (hey Bekah from New York #Roomie!). And hard beds. But all on a stunning campus in the hills – Busan University of Foreign Studies.
P.S. My bags were welcomed with very open arms two days after landing. Yay fresh clothes and all my belongings! 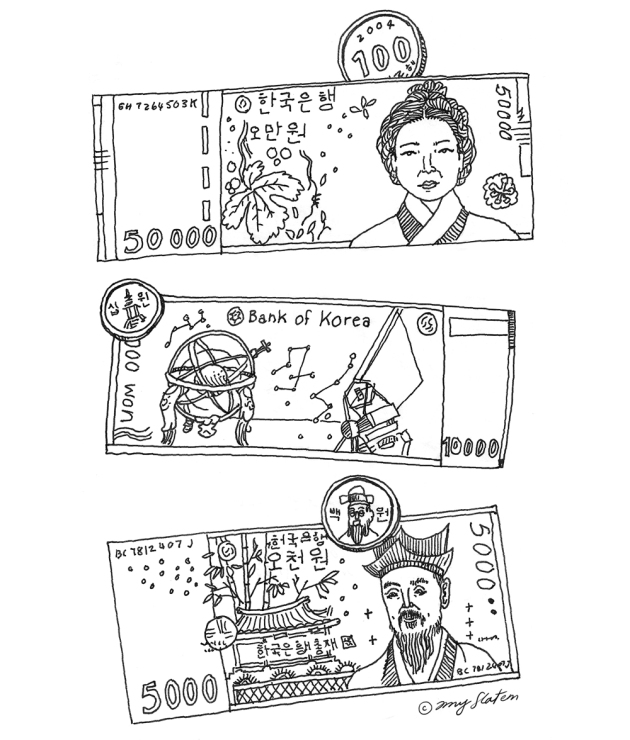 Money is great. Money in a foreign currency is good. Money in a foreign currency but all in the largest bills they offer, not so great. And there are so many zeros in won (₩)! One day though, I plucked up the courage to buy coffee down the hill and whipped out a ₩50 000 note (thanks to Forex) to pay for a ₩5000 drink. Without the language to say please, let alone to apologise, I walked away with a hot cappuccino and a chunk of their cash register in change. 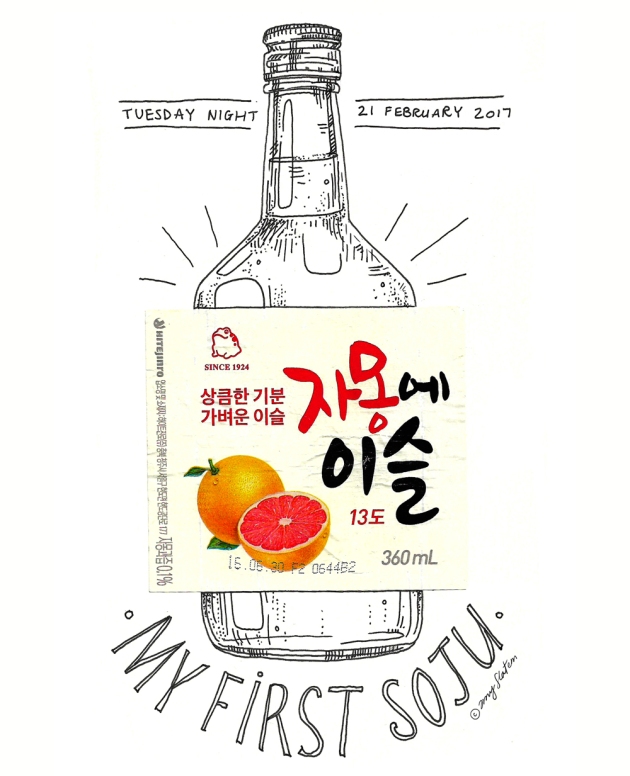 On a couple of rare occasions during orientation, somewhere after late classes and between WiFi catch-up sessions, longing for warm bed and sleep and with an 11pm curfew, we managed to go out (and down the steep hill) into town. We found a small discreet pub of sorts and had a few of the local brews and picklings. I made my soju debut one night, with grapefruit flavour of course.

I had a ball working on this project for @petcircle with all these pets with attitudes. You’re not supposed to have favourites, but I think the birthday cat and dog may just be 😸🐶🥳.
My latest collab with petcircle.com.au has been to create the fun illustrations for their new range of Curious Boxes. These are filled with themed treats and toys for cats and dogs and also include the special birthday boxes, which yes, you guessed it… feature a frenchie!
What’s unnecessarily stressful, and why is it writing on the first page of a new journal?
Bitter is Better when you’re a lemon🌝.
Resting bitch face or just your average everyday face?
Wanna join my Ride or Sigh Club?